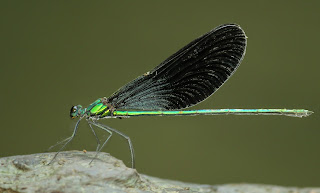 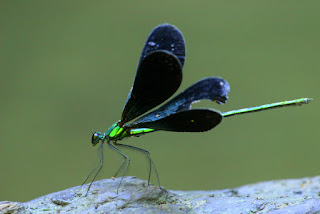 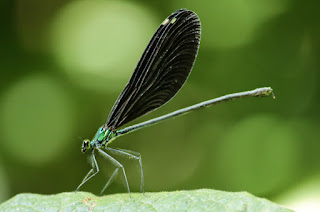 The most uncommon species among the Agriocnemis of Bangladesh. I have sighted the species from the north eastern forests. The male is bright blue in color. 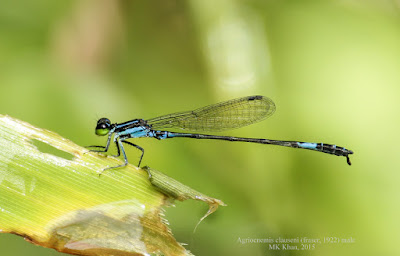 The juvenile male can be recognized by their greenish antehumeral stripe.

The females are reddish, found close to male.

the juvenile female is more orange in color 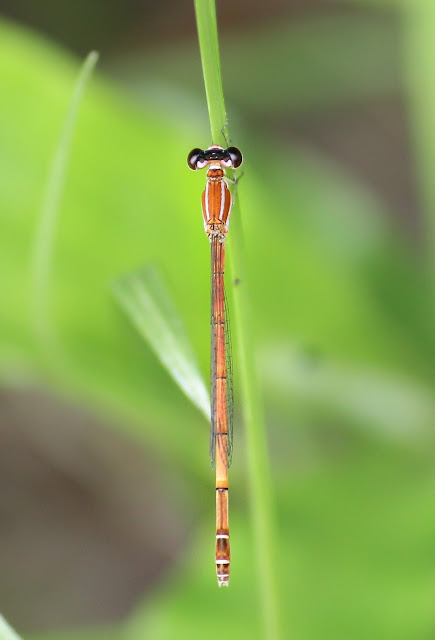 Currently, two Diplacodes species is known from Bangladesh. Unlike Diplacodes trivialis, Diplacodes nebulosa is not very common. The two species are similar however can be easily distinguish by the black wing tip of D. nebulosa male. 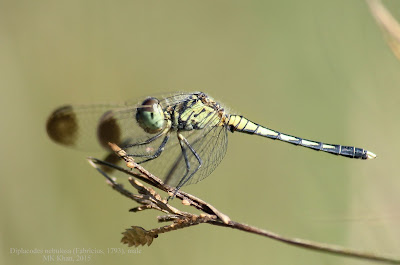 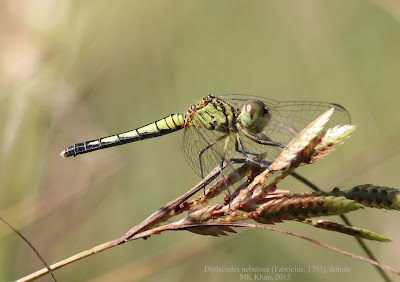 Pantana flavescens is a migratory dragonfly found during the winter season in Bangladesh. They are usually observed flying above the open fields and grasslands. 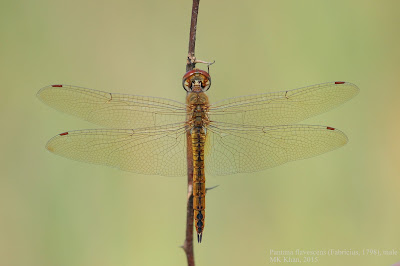 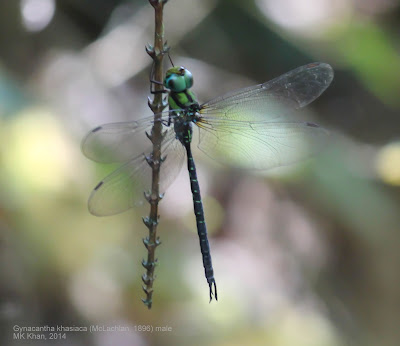 Posted by Unknown at 7:25 AM No comments:

Trithemis festiva one of the four trithemis species found in Bangladesh. The species I have sighted from Chittagong and Sylhet. Commonly, the species is observed nearby streams, waterfalls and stream associated forest patches. The species is distinguished from other species by its black color, bluish abdomen and yellow markings in the abdominal segments.

The male has blue thorax, legs are black, wings are transperant, yellow patches present in the wing base. 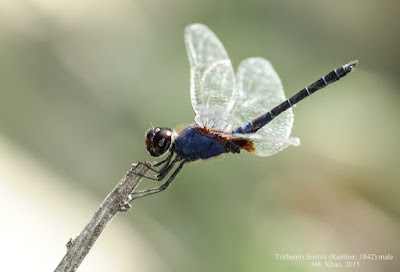 I have observed the male from Khagrachari near richag water falls. The male was perching in the reeds of the streams. 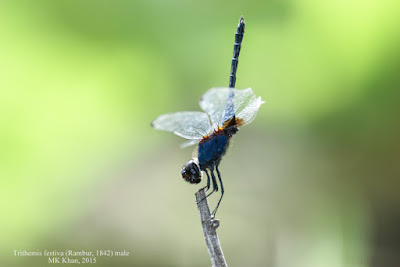 As the male gets older, it become more black. The thorax turns black from blue. Also, the abdominal yellow markings abolished. 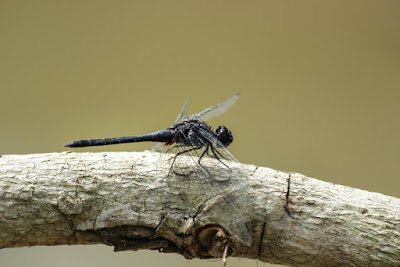 Trithemis aurora is very common, in fact, it is the most abundant dragonflies in the hilly regions of Chittagong. I have sighted hundreds of them in khagrachari, near waterfalls.

The juvenile male are orange in color, the hind wing base has dark orange patch. The veins are orange, wing transperant, pterostigma black. 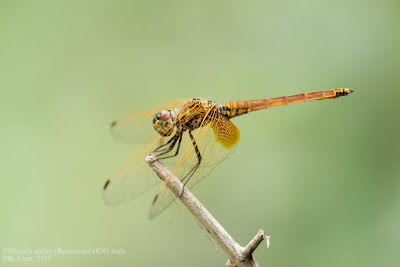 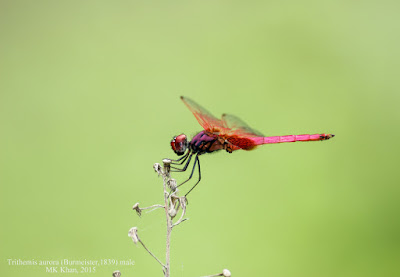 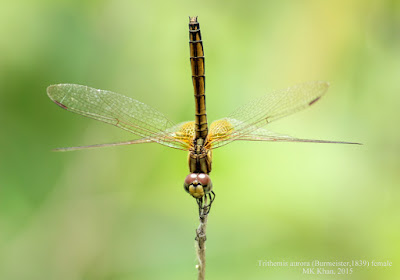