Ruddy Marsh Skimmer is one the most common and beautiful dragonflies of Bangladesh, found all over the country and flights almost all of the season of the year. 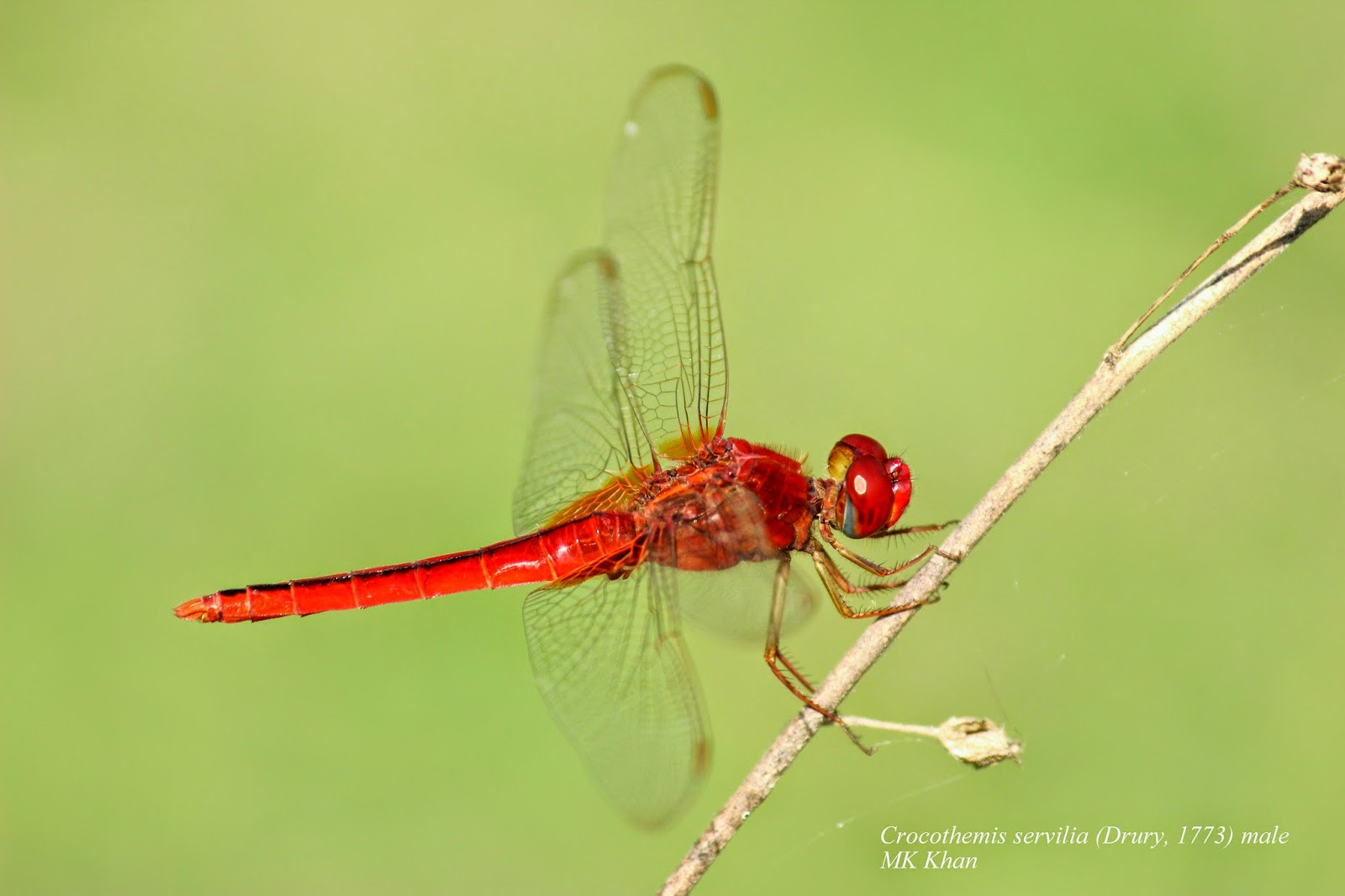 I have photographed this two male from Chittagong University campus in my last field trip. The males are often confused with Greater crimson glider (Urothemis signata) male, of which the species can be distinguish by comparing the dorsal black abdominal stripe, which is constricted to the last three segments of the abdomen. 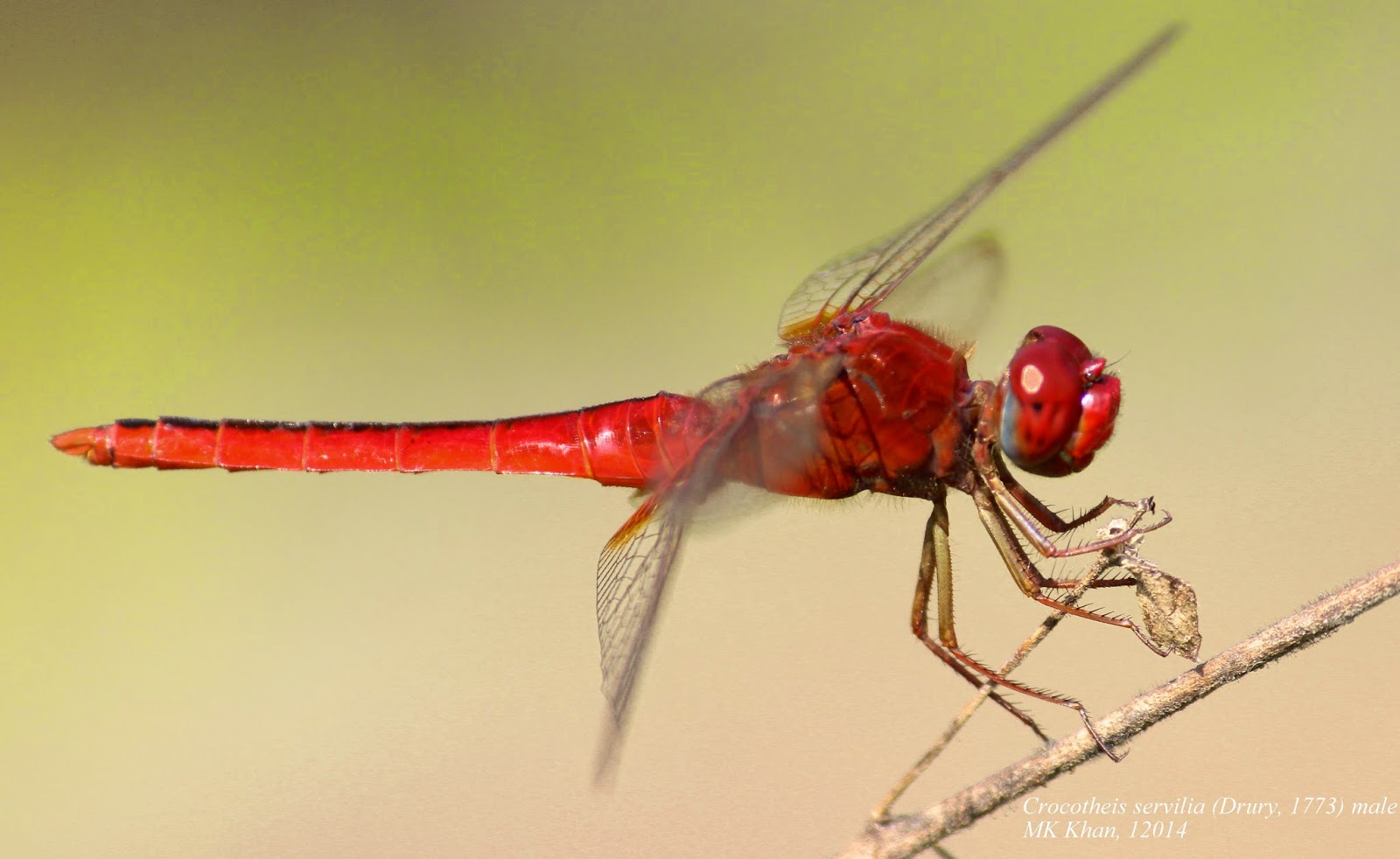 Dorsal view of the spectacular male I have sighted in March, 2015.

The immature male is orange in color. I have sighted the male in March, 2015 from Sylhet. 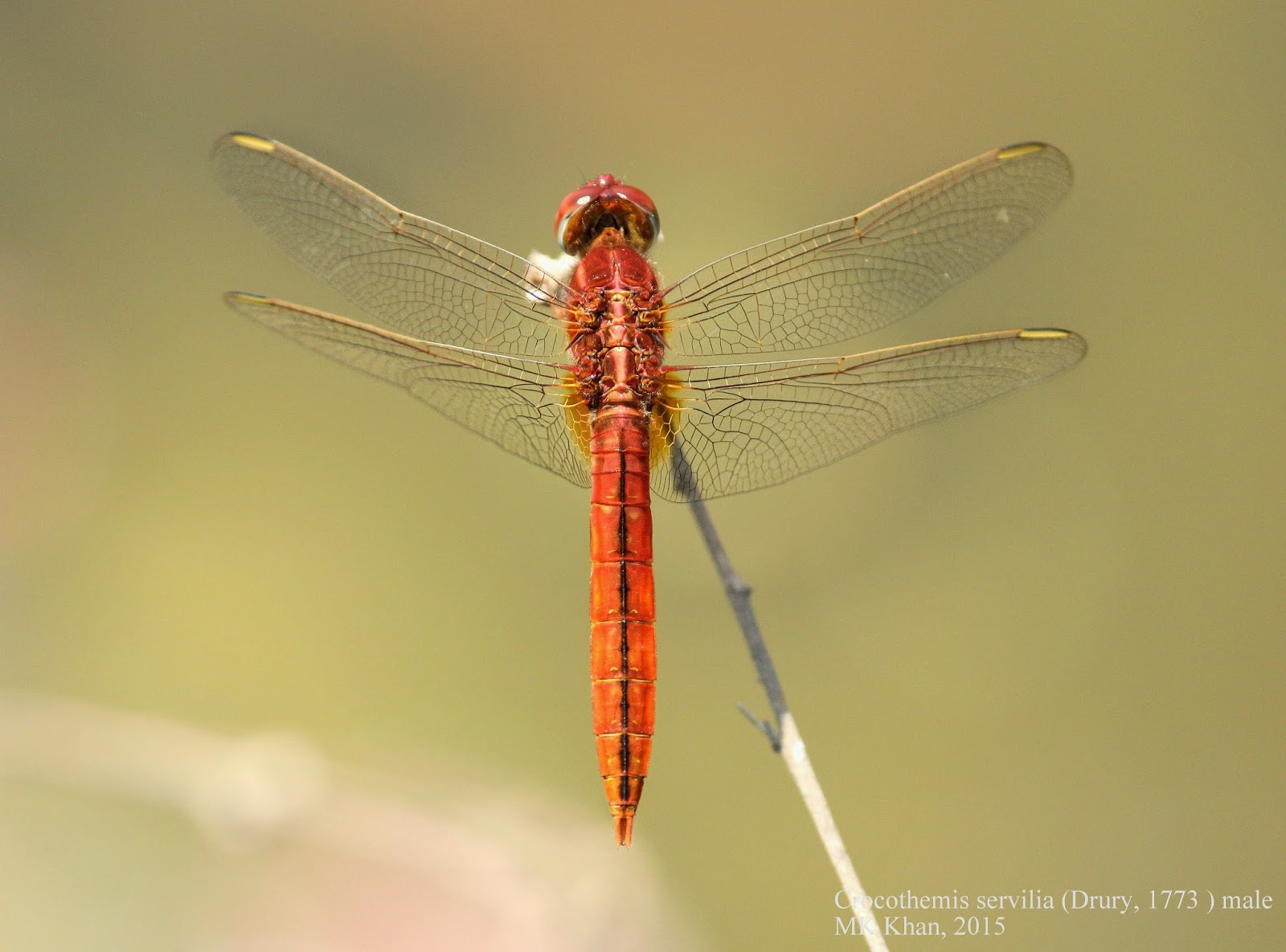 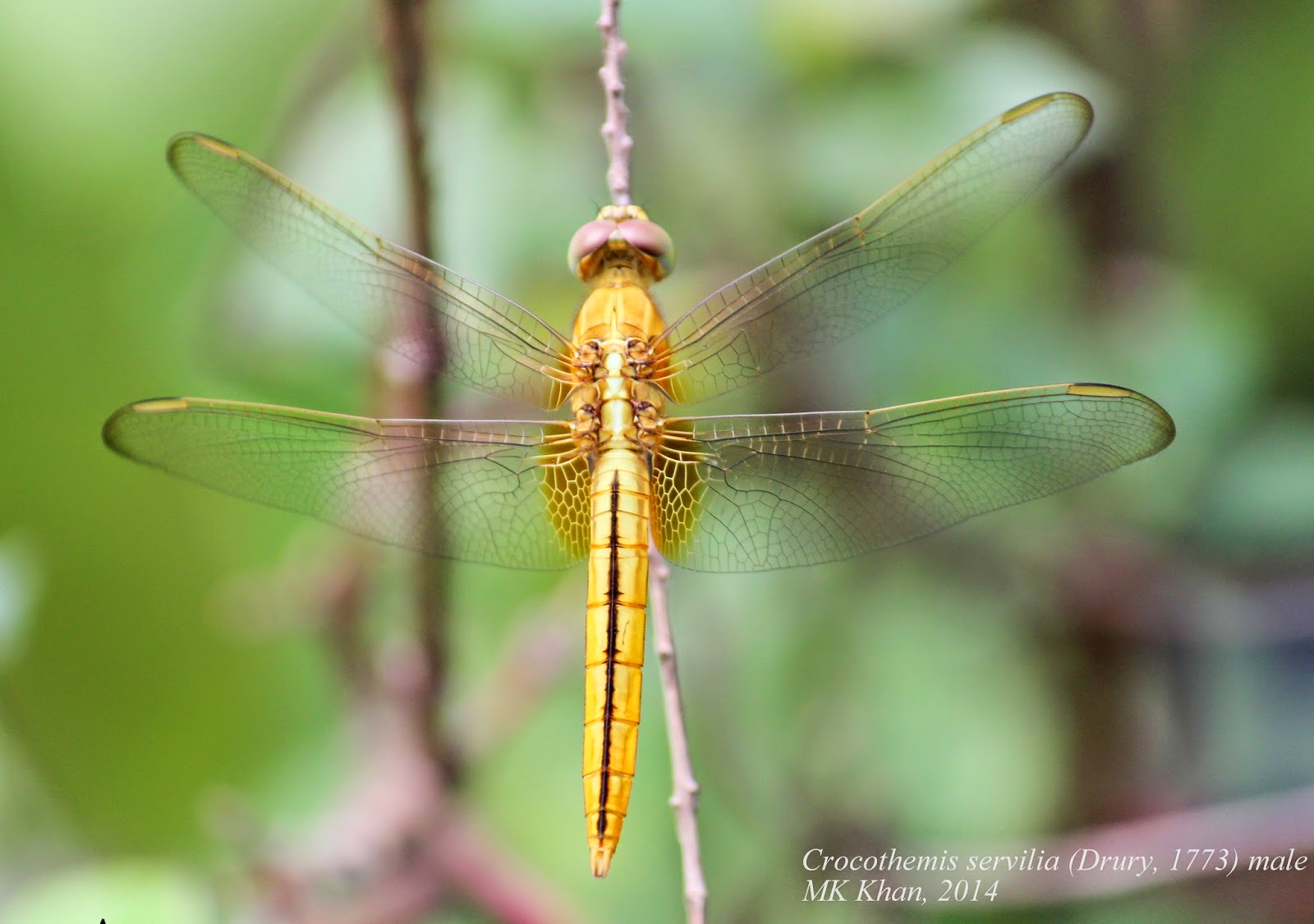 Crocothemis servilia changes its color from yellow to orange to red as they progress to their adulthood. 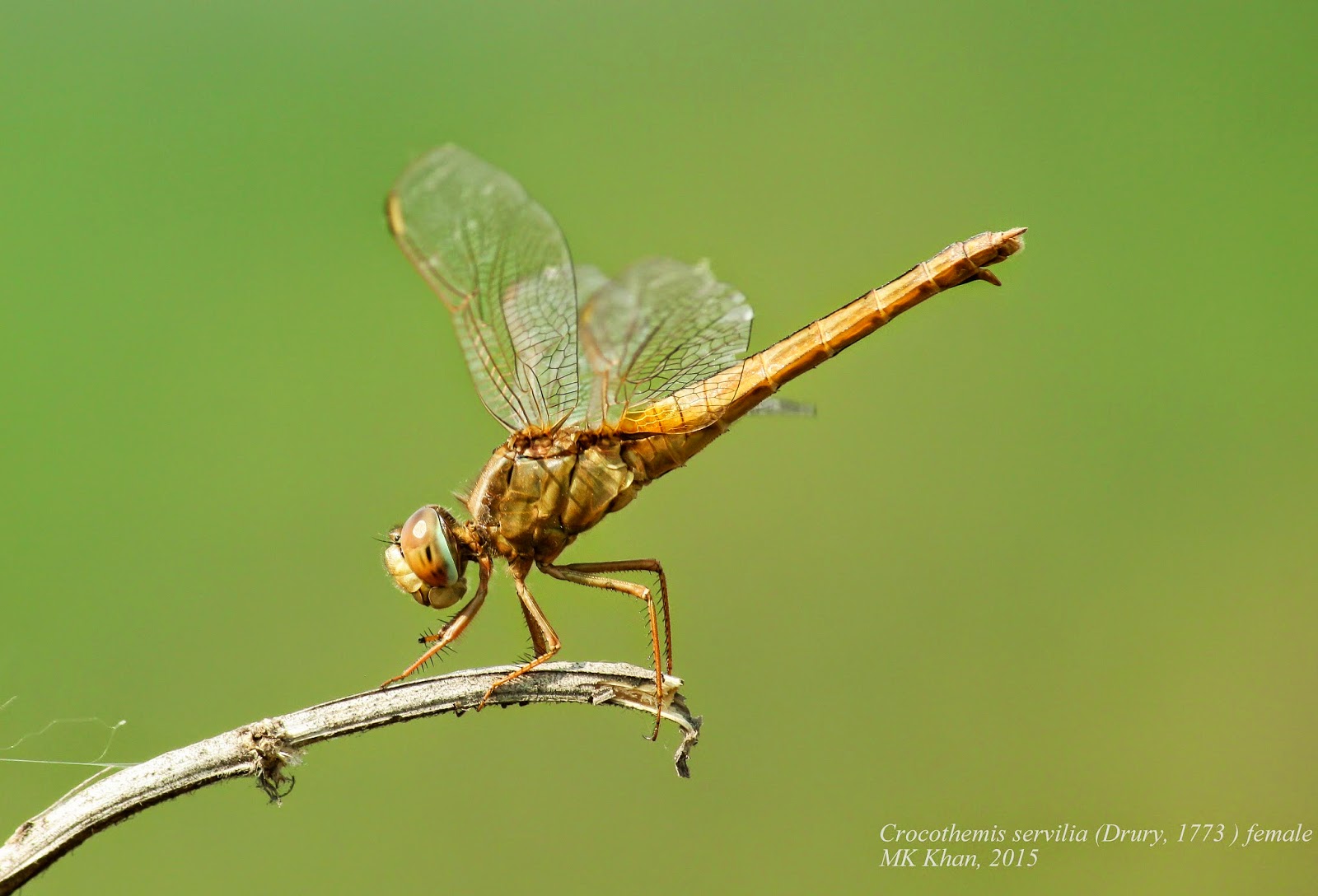 The females are grayish color with prominent black stripe in the dorsal region of the abdomen. Yellow amber in the hind wing is noticeable and the legs are also yellowish. 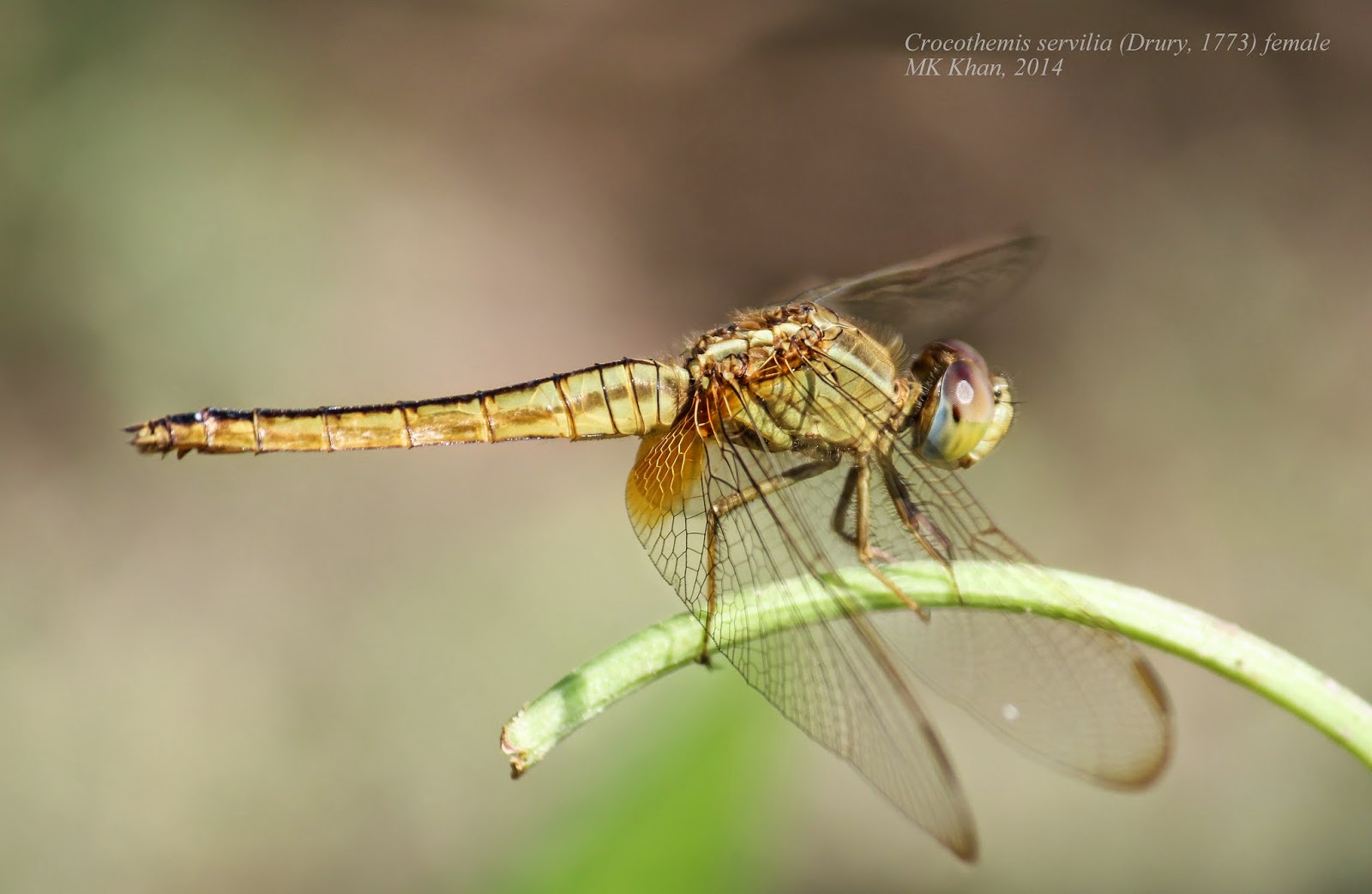 I have sighted the above and below females from Chittagong University campus in April, 2014. Opaque lateral stripe present in the abdominal segments. 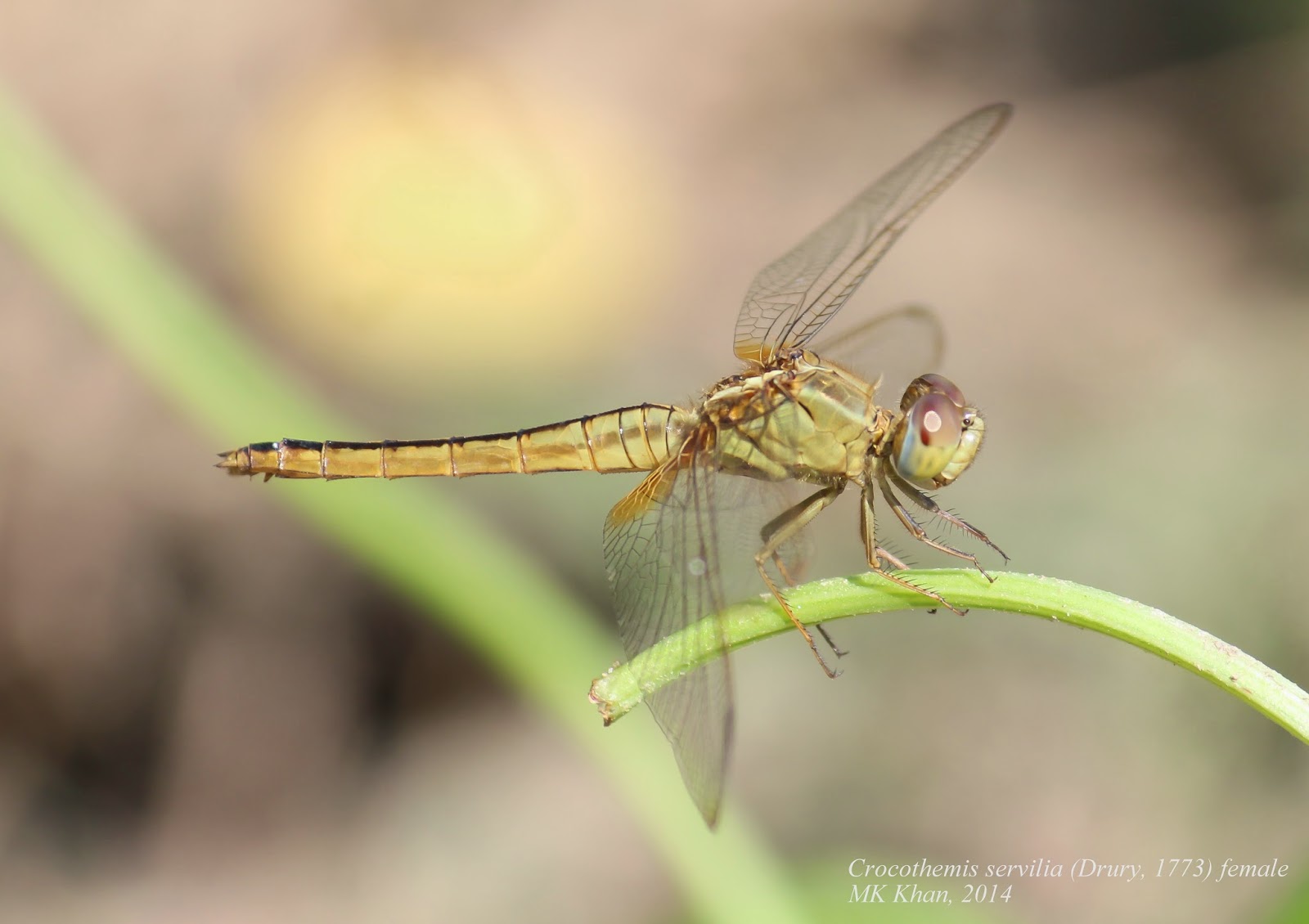